We Salute Those Who Serve

Salutes Those Who Serve

Fitness Quest Physical Therapy is dedicated to honoring our Veterans, Active Military and First Responders.  If you are an eligible service member, please let our staff know when making your appointment, as we are committed to seeing you within 48 hours or less of contacting our office. THANK YOU FOR YOUR SERVICE, for protecting our freedom and for keeping our local communities safe. 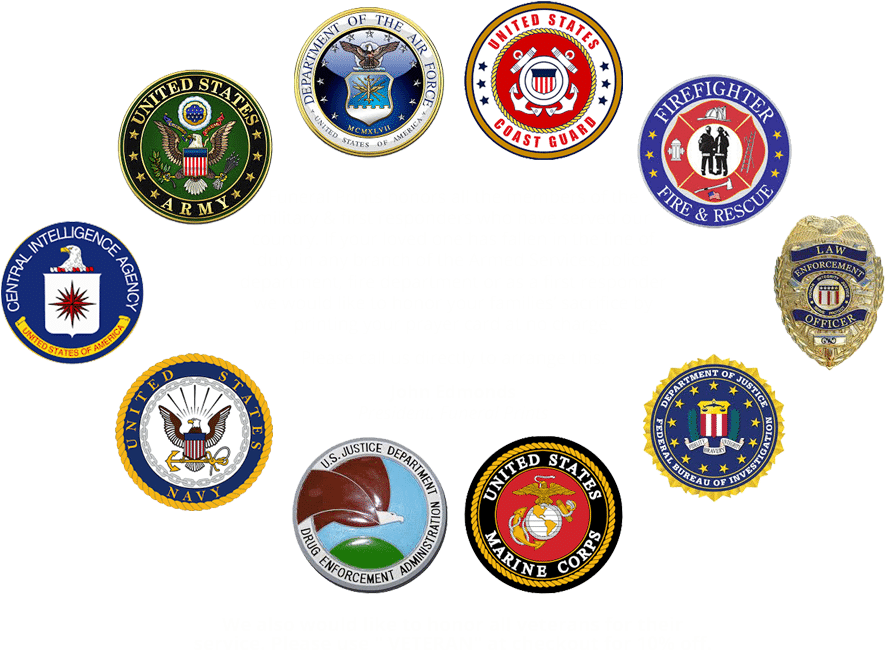 Shannon Wilcken (SGT, U.S. Army), originally from Sebring, FL, served 5 years on Active Duty and one year in the Active Reserves. He served with the Military Occupational Specialty (MOS) of 91B (Combat Medic) &amp; 91W (Healthcare Specialist) and one year as an Army
Recruiter. Shannon completed basic training at Fort Benning, GA and completed his medic training at Fort Sam Houston, TX. He served two years in Germany in the 212th MASH (Mobile Army Surgical Hospital), one year as a Recruiter in Columbus, GA, and one year in Korea at
Camp Garry Owen in the 4/7 Cavalry before spending his last year in a Medical Detachment unit based out of Orlando, FL for one year.
Shannon joined the Army with the original intent to use the GI Bill to go to school to become a Physical Therapist but after completing his service, attended Physical Therapist Assistant school where he graduated and has worked with Fitness Quest since 2008.
Shannon later used additional GI Bill funds to complete his MBA in Healthcare Administration and is now the CFO of Fitness Quest.

Before graduation Robert signed up for the U.S. Army in 1983 as a Combat Telecommunications Center Operator.  After completing communications training at Fort Gordon, GA Robert was sent to West Germany and assigned to the 32nd Army Air Defense Command in Darmstadt, West Germany.  1984 Robert was reassigned to A Co. 440th Signal Battalion, 22nd Brigade. in Darmstadt.  Later the brigade added a new line company for V Corps, so D. Co. was created, and Robert was transferred to Gibbs Kaserne, Frankfurt to field the new line company.  While Robert was stationed in Germany, he saw many deployments to the East German border during the Cold War and mobilization for combat operations in the Middle East after the US Embassy was attacked in 1984.

After his tour was up in Germany Robert was assigned to the 810th Station Hospital as Non-Commissioned Officer in Charge (NCOIC) of the communications center.  Robert reenlisted and was sent to Fort Hood, Tx where he was assigned to Corps Tactical Operations Communications (CTOC) B Co. 57th Signal Battalion, 3 Signal Brigade. Later while stationed at Fort Hood Robert was trained on Mobile Subscriber Equipment (MSE) as this new technology would start to replace the aging communication platforms the army was currently using.  Last part of his enlistment Robert was attached to the 2nd Armor Division and the DTAC (Division Tactical Armor Command) and Robert’s team became the primary communications section for the division command outperforming their counter parts from 142nd Signal Battalion.  Robert had two deployments to Europe (with one of those during the fall of the wall in Berlin) and two deployments to Central America.  Robert spent a total of 8 years serving both stateside and overseas.

Robert Bell is the Director of Human Resources for Fitness Quest.  He received his bachelor’s degree from the University of Arkansas at Little Rock and his master’s in management (Human Resources) from American Public University.

Nicholas joined the Marine Corps out of high school in 2007 at the age of 18 and served 4 years of active duty. He enlisted as an infantryman and eventually specialized in mortars and other indirect fire systems. Nicholas fought in Operation Iraqi Freedom in 2008 and Operation Enduring Freedom (Afghanistan) in 2010. His contract ended June of 2011 and returned home with an extreme appreciation for attention to detail and having the discipline to avoid complacency in all aspects of life which he currently applies to day-to-day operations at Fitness Quest Physical Therapy in Punta Gorda.

“From ensuring proper sanitation between patients to proper posture and execution of therapeutic exercises and activities. Everyday I remind myself that every one of my patients and team members deserve 100% of my effort, and do not deserve a complacent colleague or a complacent clinician.”  Nicholas Addington, PTA, USMC Veteran